I flew to Seattle for the day for work the other week and one of the things I watched on the flight was a woman making some kind of Korean burger out of minced steak that had been marinated in a ginger-soy concoction. Yum.

One of the first things I did when I got back was to buy some ground pork and try a little variation on it: 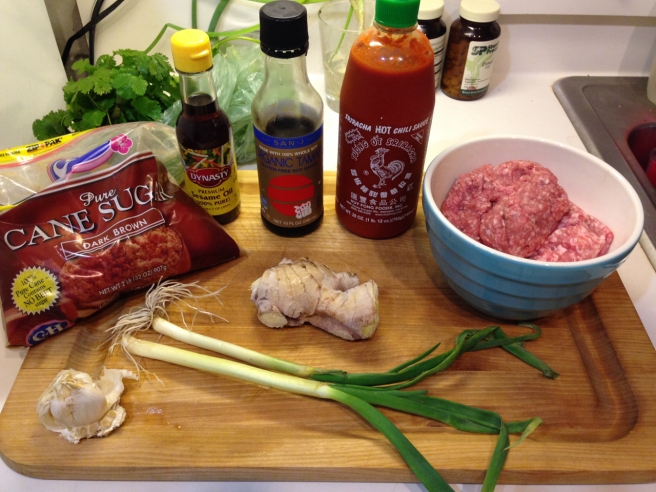 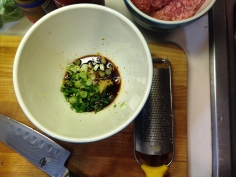 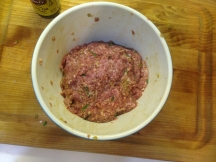 So good! There is a reason a lot of Asian cuisine uses ginger, soy, and garlic, and these were actually reminiscent of the dumplings I grew up loving. We ate the burgers with some kind of green we got at the market that was described as a Japanese spinach, which was also good.

(The third burger was for my mom, not the baby.)